October is a funny month, the autumn transition to winter seems to always drag people’s morals down a bit more than usual, the temperature drops and the nights are getting longer and longer.

It is, however, a great musical month, where bands start touring again after their relentless multi-festival appearances.

Tonight does feel like a sonic miracle (or false advertising, depending on your level of pessimism). PAWS, Pulled Apart By Horses and headliner The Cribs have decided to join the old ballroom stage to provide people with loud noises and heavy riffs, maybe in order to reset the clocks themselves and take over this night and turn it into something more than just a gig.

The singularity and reciprocity between those three bands, who swear by metallic riffs, heavy vocals and an old school punk-like attitude, should leave marks in memories for a while; get ready to put your earplugs in! 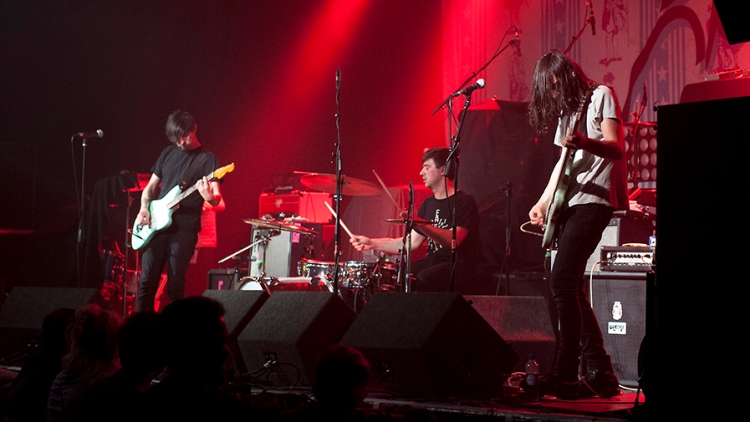 It is quite shameful that the first two acts never get the proper audience for their sets; PAWS illuminate the stage with incessant and rapid melodies while Pulled Apart By Horses share their psychedelic vision of punk/ rock with the few souls that dare dwell the premises.

When the nine o’clock bells resonate it is already time for the cherry on top and what a cherry!

As much as anticipated as ever when touring The Cribs take over the stage while finally the crowd has decided to show up to fill the laminated floor of the aging venue.

The band is greeted frantically by a Glaswegian audience already aware that the Jarman twins are celebrating their birthdays tonight.

The first musical fulfilment of the night arrives when ‘I’m a Realist’ is thrown in the air, reverberating into everybody’s minds, reminiscing those younger years where life seems easier to get a grasp of.

The atmosphere is electric when ‘Come on, Be a no-One’ detonates, the temperature raises up a few degrees while the Jarman’s scream: “for youuuuuuuuuuuuuu yeahhhhhhhh!” as the lightshow intensifies, rejuvenating the old ballroom into what it used to be. 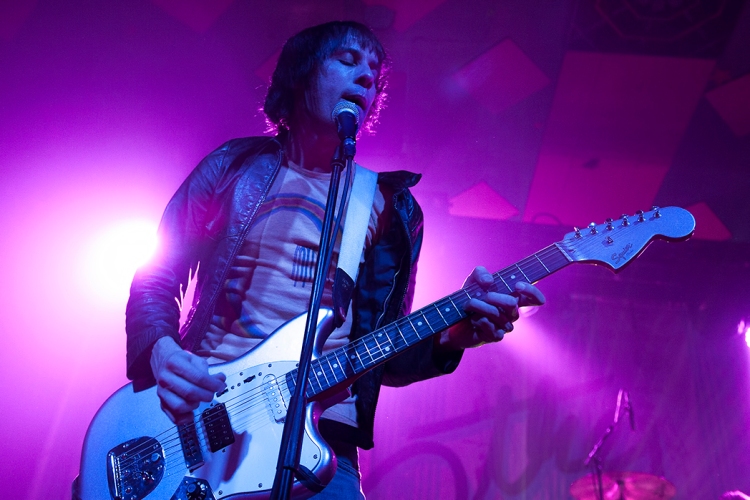 From then on, the show is a fast track race intermitted a few times by the Jarman’s’ distinctive Wakefield accent thanking the crowd.

The night goes on even wilder after the crowd decides to render their own version of ‘Happy Birthday’, humbling the twins.

By that point, the temperature has reached a new high and the band uses their extensive musical catalogue to please the audience as much as possible.

No album is spared, from ‘We Were Aborted’, ‘An Ivory Hand’ to ‘Moving Pictures’, ‘Hey Scenesters!’ the Wakefield fraternal trio exposes that even if they started a decade ago they are still present and ready for the next 10 years.

The venue is on the verge of effervescing when the slow dragged poetic ‘Be Safe’ bounces off the walls, mesmerizing the audience.

Their intensity and ways of getting through to their audience make them a cornerstone in the musical indie landscape even if that landscape is rather blotted at the moment.

The 21 songs set finally ends up with no encores, leaving the audience hungry for more screaming and shouting their favourite band of the night’s name until the lights get turned back on.