Two years ago, James Graham spoke of how close he had been to giving up.

Three acclaimed, but low selling records and a reputation for grandiose miserableness had given his band a much admired place in the Scottish indie pantheon, but personal struggles and the pressures of being in a hard touring rock band were grinding.

Two years on The Twilight Sad return to the Barrowlands for their first ever sell out show and it’s clear that Graham is quite overwhelmed by the journey.

Opening with the enormous drums of ‘There’s A Girl In The Corner’, over the course of 17 songs (no encore – as with tour buddies Manic Street Preachers there’s no such indulgence here), they demonstrate why they’re one of Scotland’s best-loved acts.

‘Last January’ is a streamlined rocker and sounds fabulous as bright lights burst and glow overhead; ‘Dead City’ is clanging and moody and the title track of Nobody Wants to be Here and Nobody Wants To Leave is a dark, outsiders anthem refashioned as an emotional audience-band communion.

And in the centre of all this is James Graham, having the time of his life.

If we’re being harsh, the setlist is almost identical to last year’s show at the O2 ABC (the culmination of a tour that helped to save the band), but after touring their last record for over a year plus support slots with everyone from Editors to We Were Promised Jetpacks, who’s to begrudge such a hardworking band their victory lap?

After half a dozen Twilight Sad shows I still have no idea what all the lyrics to ‘Cold Days from the Birdhouse’ are, but when Graham screams into the microphone as his bandmates hit the crescendo it’s one of the most emotional pieces of music I’ve ever seen. 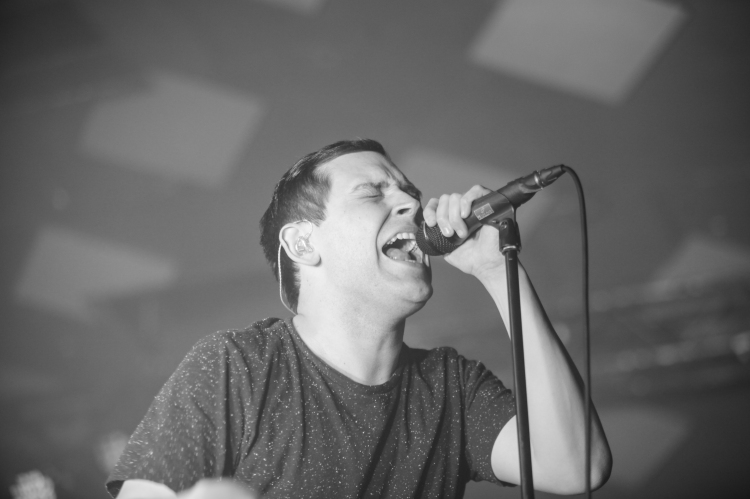 There’s a touch of Joy Division on ‘Drown So I Can Watch’, while ‘I Could Give You All That You Don’t Want’ and ‘It Never Was the Same’ have become cavernous sing-alongs, their refrains bursting from a thousand lips.

Thwarted romance has never seemed so desperate as on the ‘The Wrong Car’, before the band explode into a final rendition of ‘And She Would Darken the Memory’ with strobes ablaze.

This is a band who deserves to be seen in the dark; smoke wreathed and ear scorching, but possessed of a pounding human heart as Graham falls writhing to the floor, only to rise triumphant.

As always the singer’s stage patter is, in his own words, “pretty shite”, but as he gazes out in awe over the crowd or struggles to put the experience into words, a wave of good will crashes forth from the audience.

This is our band and they’re bigger, better and stronger than ever.