Foxing play ‘Tony Hawk Rock’, at least according to their Twitter profile, however if I were to attempt to name all their influences and styles I’m sure it would sound more like a pretentious coffee order than a sub-genre.

Labels aside, what they do give you is an arousing mix, sparked to life in imagination, concocted in a base of emotion infused flavour, garnished with a dash of trumpet.

Opening with new song ‘Nah Man’ is a bold choice, as the band shows glimpses of a more synth based almost electronic feel than previous efforts.

The song is fresh and energetic, leading nicely into more familiar songs such as ‘Inuit’ from The Albatross (2014) and ‘Glass Coughs’ from Dealer (2015) respectively.

Both songs are clearly important to the band and you can see what they mean to them as they interact with the crowd and the atmosphere inside Stereo begins to shift and soften.

The star of the show, Conor Murphy’s trumpet, although used sparingly throughout the performance, augments the raspy nature of Murphy’s own voice, with triumphant arches of piercing yet comforting and melodic overtones.

The maturity in the sound, and the depth of the instrumentalism here is clear to see, as the band’s sound developed from first into their second album, so does this show begin to grow.

Sensing the receptive nature of the audience to the music, Murphy takes pause to thank the “warm people” and talk about the beauty of the country.

This may be only the third occasion they have played in Glasgow but he sounds almost relieved to be here as he references the political landscape in his home country.

The show progresses to ‘The Magdalene’ one of their slower songs, but it’s laced with everything that’s good about Foxing.

Delicate triplets play with percussion, in a harmonious rhythm, which is somewhat, deconstructed to highlight the stark vocal line, which touches on religious imagery (“mother of God on the rosary. So, is she here with us? Does she want what she sees?”).

The next song; ‘The Medic’ is perhaps their most well-known, and with good reason, beginning with a playful intonation and sliding vocal lines teasing the audience, then breaking through with the raw emotion.

Back to back new songs, ‘Buttery Gold’ and impulsive treat ‘Bastardizer’, are infused with an increasingly developing sound, mingled with some synth melody, interesting things to come from a third album, one would suspect. 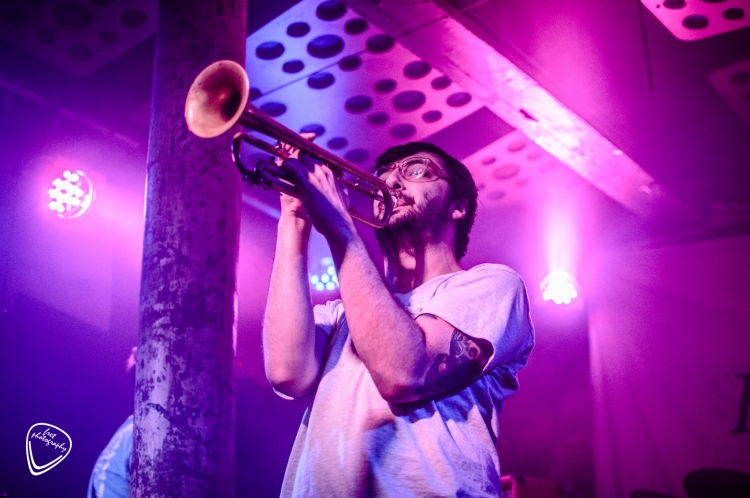 This calmer nature is continued into ‘Night Channels’, a piano bodied song with delicate lead guitar licks, before ‘Three on a Match’ pushed Murphy to the top of his vocal range, and leads you into a slow dance.

Closer, ‘Rory’ harks back to the styling of The Albatross, much more uncomfortable, jarring and purposefully edgy, the vocals here are spikes, stabbing at someone in an imagined sleight, demanding answers.

All the angst from this event in Murphy’s life is brought back to the surface as he lays it out for all to see.

The show in a whole is excellent, combining elements from both feature lengths, as well as an intermingling of buoyant new songs.

This is the first night of a 26-date European tour, and the opportunity to see a band that all to rarely travel to our shores, is one I recommend you take if you have the opportunity.