Savage Mansion break into a dreamy and familiar seeming song, reeking of various decades past but brought up to speed with their lively, contemporary approach; consistent but ever-changing, familiar but novel. 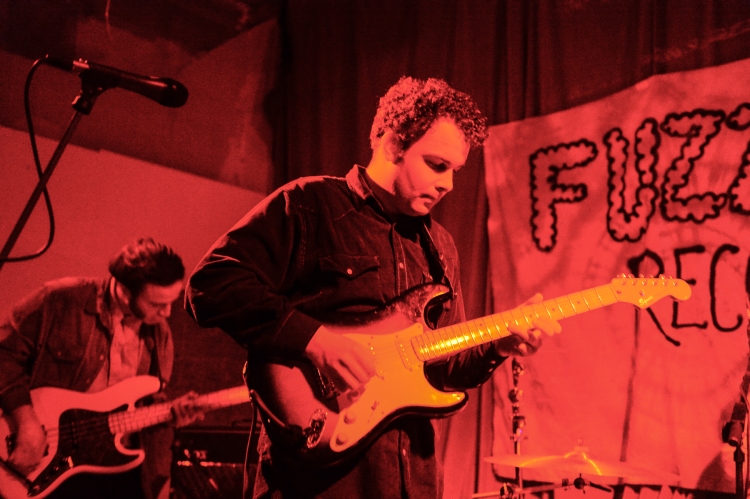 This dichotomy between new and old is mirrored by nothing better than the facial hair from left to right.

Mutton chopped funky man Jamie Dubber wanders up and down the bass ponderingly, bouncing each track gleefully along the instrument.

On the other side of the stage, guitarist Andrew Macpherson sports a more contemporary fashion, in musical style and facial hair.

In the middle stands frontman and project foreman Craig Angus, playing simple but highly endearing guitar hooks earlier on in the set.

Both guitarists take their opportunity to show us some serious skills, while Taylor Stewart adds vocals to a number of choruses as well as to periods of general voco-musical madness spattered throughout the set, while managing to drain respectable amounts of beer from his glass in between songs.

It will be exciting to see how Savage Mansion develop over the next few years, their stylistic range is great and the vocals are very adaptable, varying in greater degrees between songs rather than within them – which is in no way a criticism, it keeps the set lively, unpredictable and engaging. 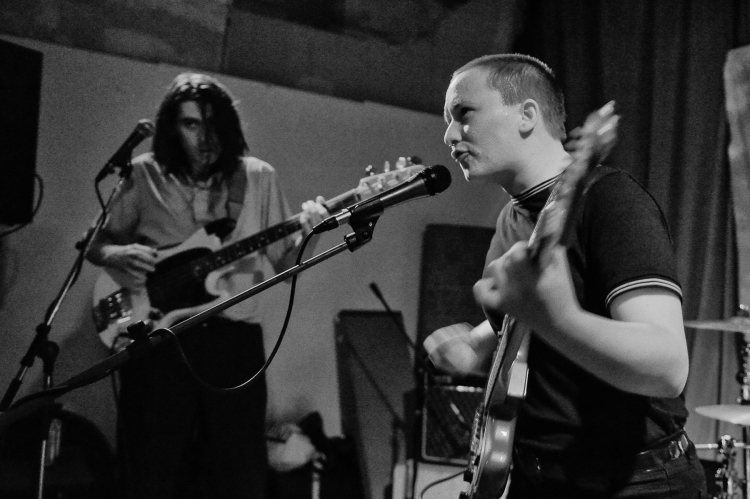 Breakfast MUFF take to the stage next to open with a song ostensibly about hating a subjects guts; it’s fun, energetic and dynamic, not unlike the band.

Simone and Eilidh are on the vocals for this number, synchronising and harmonising well whether their approach is punky and abrasive or melodic and soft.

This lends the band an integral dynamic; imbuing each member with a sense of each instrument and what is going on throughout the set at all times.

All are vocalists and multi-instrumentalists who seem to know every part of each song – not just their own, which comes across in their synchrony.

The last time I saw Breakfast MUFF – just across the alley in support of The Hotelier – I commented that I found some of their songs a little twee.

I wouldn’t level that criticism this time; their songs have simple hooks but are never boring, they are fast, fun, popping, well-conceived, dynamic, evolving and technically impressive. 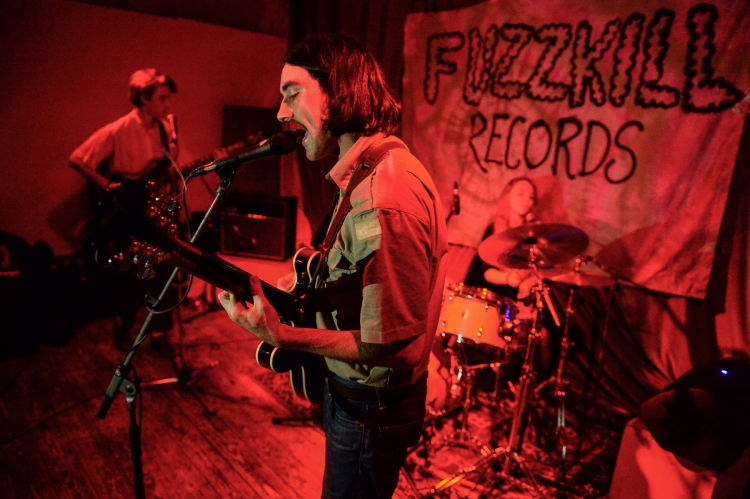 Next up to is Manchester’s Fruit Tones, who’re are a lot more methodical and archaic in their sound than the previous bands, this is not to say that they don’t have their own distinct sound; they do, and it is lasting, timely and worth hearing.

Breakfast MUFF’s Simone plays drums for them, as if she hadn’t done enough.

The vocals have an immortal edge which echoes of ages past whilst being extremely relevant.

The set is rounded out with some furious guitar work, setting the stage well for the act we’ve all been waiting for. 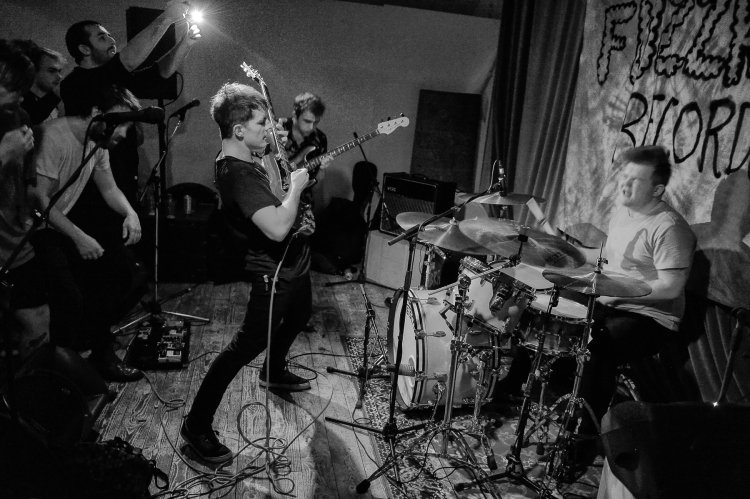 Shredd bring every inch of the energy and style that they commit to record to their live performance and then some.

The reverberated vocals permeate through the melodic and fuzzy garage superbly.

A mosh-pit starts almost as suddenly as the set.

Their energy is unavoidable, although why you might wish to avoid it is unknown.

The crowd is electrified, they came here to see Shredd and they do not disappoint.

Shredd are not over-reliant on any one element, but use them all to create an intoxicating compound of pure gold.

Their live performance is replete with pulsing waves of psychedelia and wild garage jams that combine to bring about tonight’s highlight.

A new song entitled ‘What’s This I See?’ typifies the bands exuberance, unmistakable style and sheer unadulterated talent – there’s even a drop of crowd surfing.

The vocal harmonies are quite unique for this style of music, whilst the drummer is a frantic wildcard.

When there are no vocals, the three face each other and go hell for leather, putting the work in.

The crowd gets a little too lively for its own good, with people being burst all over the place and falling onto the stage, with some attempts at crowd surfing going less than well.

The Old Hairdressers isn’t big enough for this crowd and Shredd, great though it is.

They play ‘Hideout’, a song which, when I reviewed their EP, I challenged anyone to stay still during and I am happy to report that nobody was able to, what an example of a great song.

They play ‘Cobra’ last, their new single, which the night is centred around is another example of a great song, their bassist Mark Macdonald is raised aloft to surf the crowd whilst walloping out with the songs challenging lines.

Forgive me for all my superlative adjectives, Shredd are just brilliant live – go and see them at your earliest convenience and whilst tickets are still cheap.