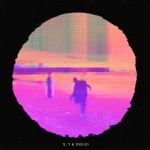 ‘X, Y & Dread’ is a very stylish song, which is very sparing with its sound, never over-doing anything, with electronic sounds range from punchy and in your face – perhaps even discordant – to subtle, nuanced and quiet. Stillhound have a distinct style, which this release suggests is developing into maturity.

‘An Evening’ saw light of day before The Great Albatross’ superb full length, Asleep In The Kaatskills, and gave us a taster of what to expect through a warm, tender beauty of a track that draws influences from songwriter Wesley Chung’s American indie rock past and his new home of Glasgow, while the addition of backing vocals from Jo Mango are a delight in themself. 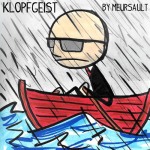 Much like a few tracks on this list picking picking a track from an album proved difficult, in this case Meursault’s sublime I Will Kill Again. ‘Klopfgeist’ is a hypnotic track that builds from a ghostly opening to a warm piano line and Neil Pennycook’s impressive vocals. It’s a shiver inducing track when heard by itself, but do yourself a favour and listen to it as part of the bigger picture.

As soon as the opening drum fill kicks the track into life, ‘Ten Feet Tall’ sounds as massive as it’s title would suggest. It wouldn’t sound out of place on Ryan Adams’ earlier work, with thunderous guitars crashing over a piercing organ wail as Reverieme’s, aka Louise Connell, gorgeous vocal flutters between tender beauty, and soaring grandiosity.

In a track that focuses on the cloudy section of relationship where you can’t quite tell if it’s something substantial or just a fling K Anderson has taken a step away from his regular material with a track that oozes pop sensibilities , while maintaining his wry witticisms. It’s an undeniably catchy affair with bassy squelch and plucky guitars that digs right in and has you tapping your feet without even knowing it.

It was difficult to pick a standout from Best Girl Athlete’s self titled second album, but in the end we’ve plumbed for the cinematic 90s acoustic dreamy pur your heart out along stunner  ‘Cigarette Dreams’. Katie Buchan’s soulful voice is hear accompanied by sweeping strings to give as good a taste as any of this fantastic release.

Bystandereffect is, if nothing else, unique, and ‘Old Cramps T Shirt’ is a haunting, bizarre, dream-like experimental single. Filled with unusual production techniques and effects, this single is rhythmic, versatile and enjoyable, whetting the appetite for any releases suggesting the “electronic sludge” outfit – as they refer to themselves as – has a lot of ammunition. Not showy or contrived but loose and airy, as creepy vocal work cascades over the unusual electronic elements nicely, generating something seldom heard.

‘Strange Sun’ is almost objectively original; in terms of lyrics, atmosphere, theme and the use of instruments, this is a mature and out of the ordinary effort. A dreamy, creeping and sprawling piece, this is a bold single that wanders lovingly through decades of influence; packaging together something simultaneously light and dark, jovial and serious. This is the basis for art and – love it or hate it or something in-between it – should be respected in the music industry. 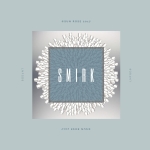 Sun Rose emerged out of the ashes of Nevada Base this year with debut single ‘Smirk’, a rejuvenation of 80s synth with a nice Glaswegian twist. The track is so characteristic of 80s electronic synth its like a flashback, a friendly nostalgia that brings on inadvertent toe tapping and head nodding; it’s difficult to stay still when you hear this one play. At first ‘Smirk’ appears deceivingly simple, but in fact offers a much more interesting and complex weave of musicality; a spectacle to behold. 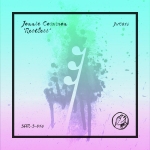 Questioning, dissatisfaction with the milieu and poking at working life are all themes of this single from Jonnie Common. A master of word play and poetic prowess, Common meanders through ideas about the world and dreams of what could be; it’s a light-hearted soundtrack formed around some deep ideas. The track starts like a laidback stroll on a Sunday afternoon, the soft drum brushes paint a calmness that juxtaposes the ‘Restless’ sentiment of the tune itself. Arpeggiated chords frame sweet melodies that feature electronic blips, this neat addition makes everything that little bit more playful.