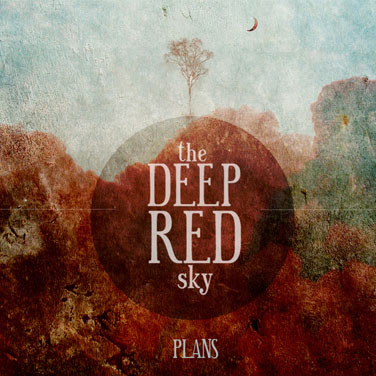 The Deep Red Sky is a dragon; of course, it’s a Scottish alternative indie five-piece band, but it’s a dragon, a young one but definitely a dragon but more on that later.

The opener on their debut album, Plans, is ‘Zombies’ a fast-paced song that immediately sets the tone for the entire album.

This album is personal, heart-warming in a way and above all, it works – meaning that if you hear a tune you like, you want the band to be able to pull the style off; and The Deep Red Sky does.

Plans has both slower, quieter songs and more explosive ones as well.

‘Getting Easier’, being that restrained kind of song every album needs, is exhibit A for the first category.

Then, there are the songs where the aforementioned dragon comes out of its pit and starts spitting fire in your face like in the second half of ‘Plans’, which has to be the most memorable one, since it shows the widest range of the styles and emotions this band seems to be inspired by to make music.

On second listen you find yourself remembering and singing the lyrics for ‘You Had It All’, which means that the Scottish dragon has shown enough of the fire for you to want to look out for their next release and gigs.