A curing tea, a rather hefty haggis roll and some cute bunnies later and we’re just about ready to go on day two at Doune, after sleeping in a tent proved a much more difficult task that it had been previously.

Still a wee seat down at the Whistleblower stage we catch Glasgow funk rockers Perche, who deliver a set of heavily funky basslines, and some cheery covers that include the likes of Sia, The Animals and Mark Ronson, still it’s not the most convincing of sets and is easily forgotten. 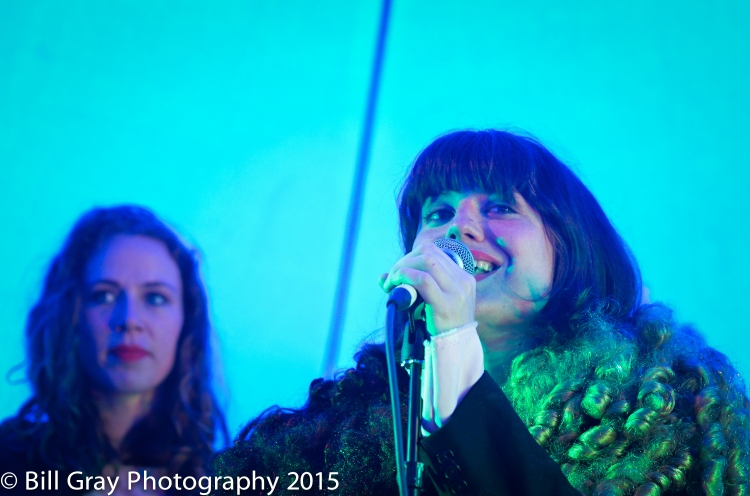 Over at Baino an hour or so later Fallope & the Tubes are using different tactics completely to stick in your head; their set is full of props, instrument swops, engaging visuals and costume changes that beg your attention.

I arrive half way through their set, but the portion I witness consists of bass and keys led pop songs that are delivered with a tongue in cheek attitude, as the band let their abilities as entertainers do most of the talking.

At times they come across as shambolic, at others rousingly fantastic, but not in one moment are they not engaging and as they finish their set all sporting light-up vagina head gear (just tell the kids they’re Adventure Time monsters, right?), with the forewarning “this one’s serious” before escalating into screams of “psychic orgasm,” you’re not quite sure where you stand, but that doesn’t really matter. 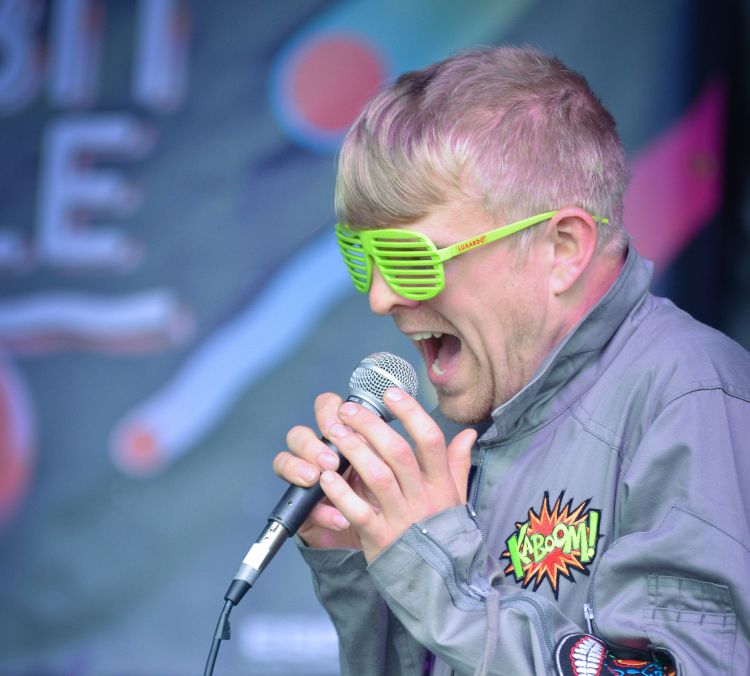 Being a big Lost Map fan, I head to catch Insect Heroes set down at the Jackerwocky stage in the glorious early Saturday morning sunshine.

Their set is packed full of scratchy banjo and wobbly static, spitting synths that frontman George Thomas moves frantically around the stage to in an eccentric boiler suit, which fits in well at this peculiar festival.

Insect Heroes sound is both extremely rare and mesmerising making them a refreshing addition this weekend’s line-up.

After last night’s lack of sleep I took the opportunity to take a nap, which doesn’t seem to satisfy the amount of sleep needed, yet somehow has me disappointingly missing a few bands I had pencilled in to see.

We arrive back in time to catch The Phantom Band at the Jackerwocky stage; the last time I saw these guys I was sadly underwhelmed, despite loving Rick Anthony’s deep and velvety tones and the band’s ability to utilise a variety of genres and styles.

Therefore, I was extremely pleased today’s set is a whole different story as they captivate from the moment they step on stage.

Crowd pleaser ‘The Wind That Cried The World’ is a standout, allowing Anthony to showcase his unique vocals.

The band’s charm brings a light-hearted atmosphere despite the music’s often foreboding nature – perfect for a cool, but sunny midsummer evening.

I’m extremely excited as PAWS take the stage in the Baino tent, having seen them on a number of occasions before I know I’m for a treat.

The trio don’t disappoint as they deliver a highly energetic and enthusiastic set, which encourages the crowd to dance around.

Their energy continually builds throughout with frontman Phillip Taylor even climbing onto the drum-kit during ‘Sore Tummy.’

The band play a diverse set mixing loud screeching vocals and heavy riffs with tenderly delivered lyrics and melodic rhythms, which blow the crowd away.

On a short trip back to the campsite you can hear the unique ‘acid croft’ sound of Shooglenifty, but I don’t hear enough to convince me that they’re anymore than a novelty and delay arriving back to the arena until Kiran Leonard is set to take the stage.

Leonard is rousing singer-songwriter who is elevated live convincingly by a talented full band performance, and for a set that finishes just before morning hits, he pulls the slot off a remarkably.

It’s an upbeat set that captivates with chanting vocals and quirky guitar lines, still you can’t help feeling this would have gone down better in the sunshine.

At this point fatigue seems to be kicking in, and illness if you consider my cohort, still I get them back to the tent with all intensions of returning for the ever fun Trash Kit and SHARPTOOTH; needless to say lying down was a bad choice… zzz